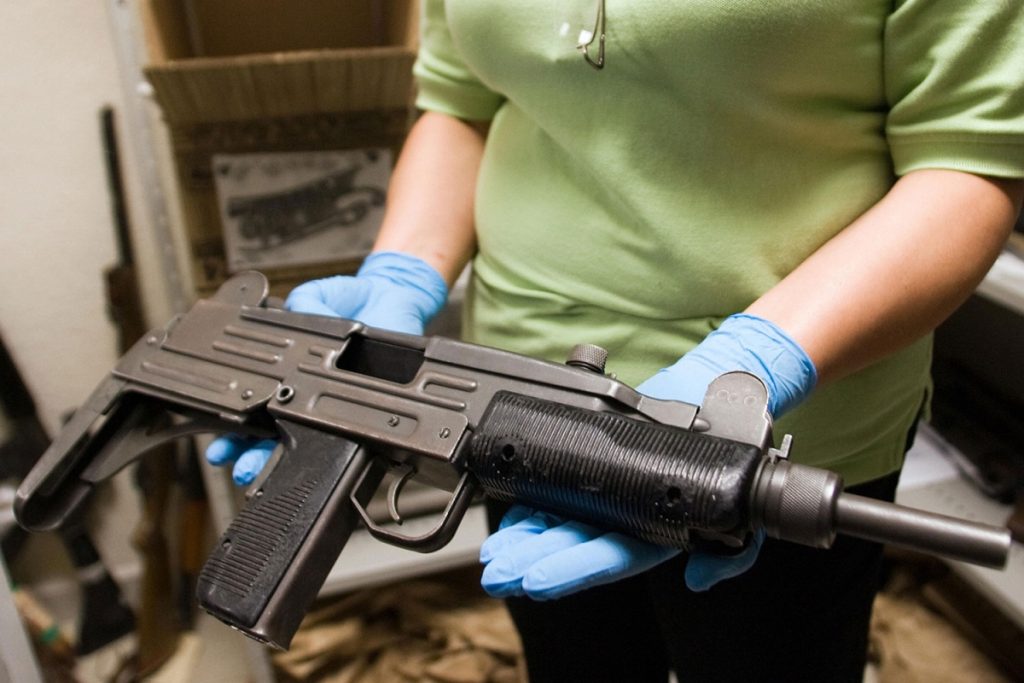 A TEEN girl has accidentally shot herself dead with a submachine gun while trying to record a TikTok video.

Yazmin Esmeralda, 15, was visiting her grandmother’s home in Sinaloa, Mexico, when she tried to film herself posing with a 9mm Uzi submachine gun.

The poor youngster had been visiting with her mum and younger brother when she found the weapon at the bottom of a bedroom closet, and asked her brother to film her holding it so she could upload it to TikTok, according to local reports.

But the gun accidentally went off, killing her instantly.

The shots were so loud they woke Yazmin’s mum, the grieving mother told local press.

Sinaloa’s state prosecutor Sara Bruna Quiñonez Estrada said it’s not clear why the weapon was in the house.

She told Vice World News that Mexico‘s army stopped using 9mm Uzis a while ago after it became evident their safety lock was difficult to use and because they had a tendency to go off accidentally.

She also said it’s hard for civilians to buy weapons in Mexico and that permits are expensive and take years to get and that there is only one official gun shop in the country.

But Mexico is awash with illegal weapons, often bought in US gun shops and smuggled illegally south across the border and into the hands of cartel members, according to Vice.

“That she chose to record a clip [in that way] shows that our youth is immersed in that culture.

“It’s what they hear about at all hours.”

Sinaloa is the home of notorious former drug lord Joaquin “El Chapo” Guzman, who is now serving a life sentence in a maximum security prison in Colorado, USA.

Guzman transformed the Sinaloa cartel into one of the most successful criminal organisation in the world, selling the region’s poppy and marijuana products internationally.

Despite being in jail, El Chapo is still fiercely regarded by may contemporaries.

“There are sectors [of society] that admire drug traffickers,” said Maria Teresa Guerra Ochoa – head of the state’s women’s ministry.

“Many of them come from poverty and so they’re seen as symbols of success.”