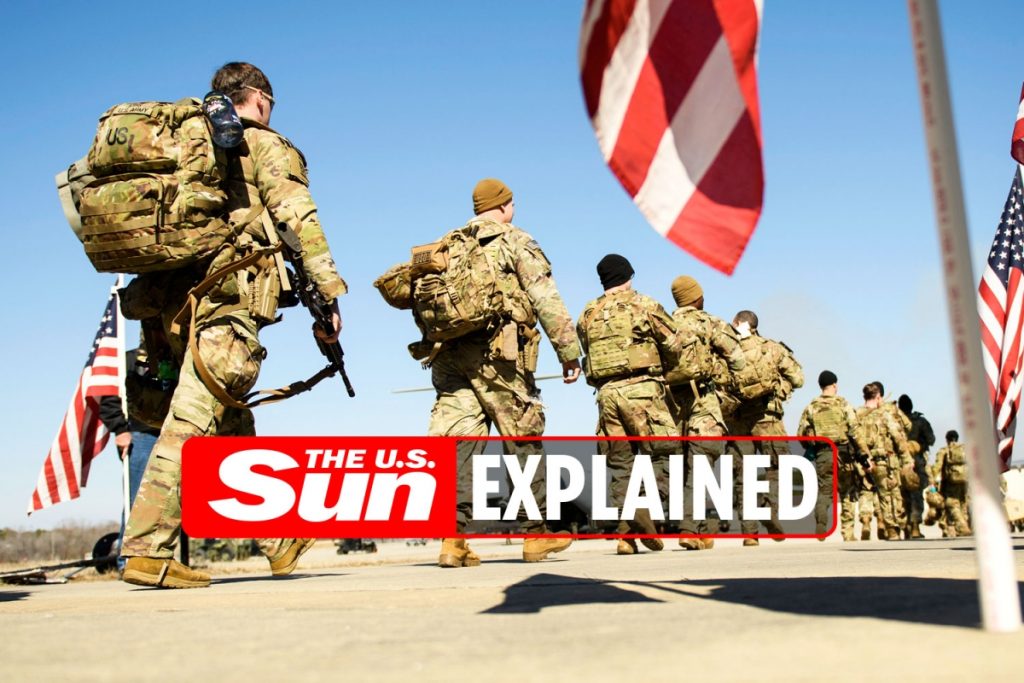 Who has the largest military in the world?

THE military is responsible for protecting the people of their countries and helping maintain order in times of war.

Amid speculation that there will be a World War III, many began to question who has the largest one out of every country in the world.

Who has the largest military in the world?

The top five countries in the world with the largest militaries include India, the United States, North Korea, Russia, and China.

As of February 2022, China has the largest armed forces by active-duty military personnel, according to Statista.

run for your lives

Will there be a World War 3?

Throughout the course of history, there have been two world wars.

The first world war also referred to as the Great War, lasted from July 1914 to November of 1918.

At this time, it remains unclear if there will be a third world war, however, many believe that one might start because Russian President Vladimir Putin declared war on Ukraine.

Officials have warned that escalation of the crisis may see the bloodiest conflict in Europe since WW2, leading to thousands of civilian deaths and sparking a significant refugee crisis in Europe.

Putin reportedly began anticipated attacks on Ukraine in the early hours of February 24, 2022.

President Joe Biden spoke about the conflict on February 22, where he introduced more sanctions against Russia which included a “full blocking” for two of Russia’s largest financial institutions.

“That means we’ve cut off Russia’s government from Western finance,” Biden said during his speech. “It can no longer raise money from the West and cannot trade in its new debt on our markets or European markets either.”

Biden added that this is just the first of many sanctions the US will impose on Russia if Putin continues to move against Ukraine.

“The United States and our allies and partners remain open to diplomacy if it is serious,” he continued. “When all is said and done, we’re going to judge Russia by its actions, not its words.”

China has the largest military[/caption]

NATO’s purpose is to “guarantee the freedom and security of its members through political and military means.”

It was originally signed to counter the threat of post-war Russian expansion in Europe, BBC reports.

Because of NATO, certain countries are allies, meaning that if they need help, we must go.

The Warsaw Pact later ended in 1991 anti-Soviet and anticommunist movements throughout Eastern Europe began, according to History.

Members of NATO include:

At this time, China is not a part of a military alliance but is reportedly allied with North Korea as the two share a mutual defense treaty.