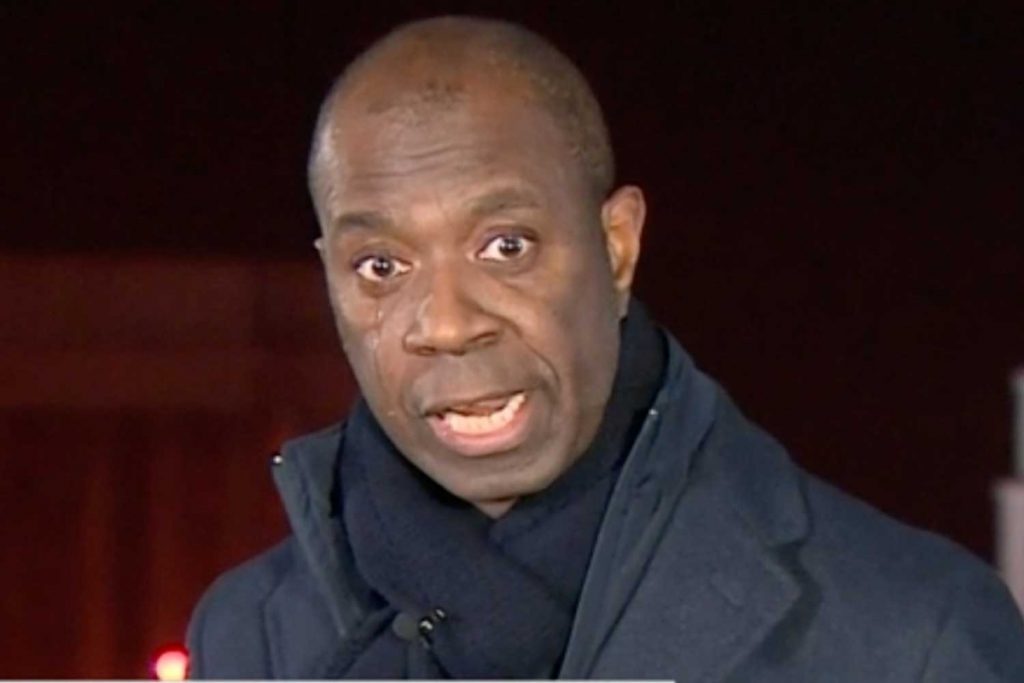 VIEWERS have praised the emotion of BBC journalist Clive Myrie as he was seen shedding a tear while reporting on horrifying war scenes in Kyiv.

The reporter became emotional as he was giving an update on the Russian invasion of Ukraine live from the capital, for BBC News at 10.

Explosions were heard across the country last night[/caption]

Russian forces are now just 20 miles from the capital, with US intelligence fearing it could fall in 96 hours.

At least 137 Ukrainians have been killed across the country on the first day of the Russian invasion that began at 3.30 am on Thursday.

Myrie was reporting on the attack saying that “fierce fighting is taking place” and that Putin’s forces “breached the border in three main directions from the east, the south and the north.”

And as he was getting ready to introduce BBC News international correspondent Orla Guerin, a tear can be seen falling down his cheek, something that wasn’t left unnoticed by viewers.

Those watching the programme took it to Twitter to praise him for his reporting and humanity.

One said: “Extraordinary! Clive Myrie presenting the @BBCNews at 10 from Kyiv with a tear rolling down his cheek!”


Promising actor, 27, who starred in Corrie died after 'falling ill' on holiday


Russians STORM Chernobyl as defenders ‘give their lives’ to avert disaster

Another one asked: “Was that a tear that ran down Clive Myrie’s face on the news??”

Someone tweeted: “Clive Myrie had a literal tear running down his face, this doesn’t feel like the right thing to do right now.”

One added, “Clive Myrie – shedding a tear during the BBC News at 10 – that just makes you think doesn’t it?”

Someone said: “We are so lucky to have Clive Myrie in Kyiv to walk us through such an important story tonight . Fantastic broadcaster.”

Another one added: “Clive Myrie doing a superb job presenting BBC News from Kyiv with both forensic detail and humanity.”

Explosions were heard across the country overnight with Ukrainians being warned they now face their “hardest day.”

Heartbreaking photos showed blood-drenched civilians trying to find shelter while long traffic queues were formed as many attempted to flee the country. 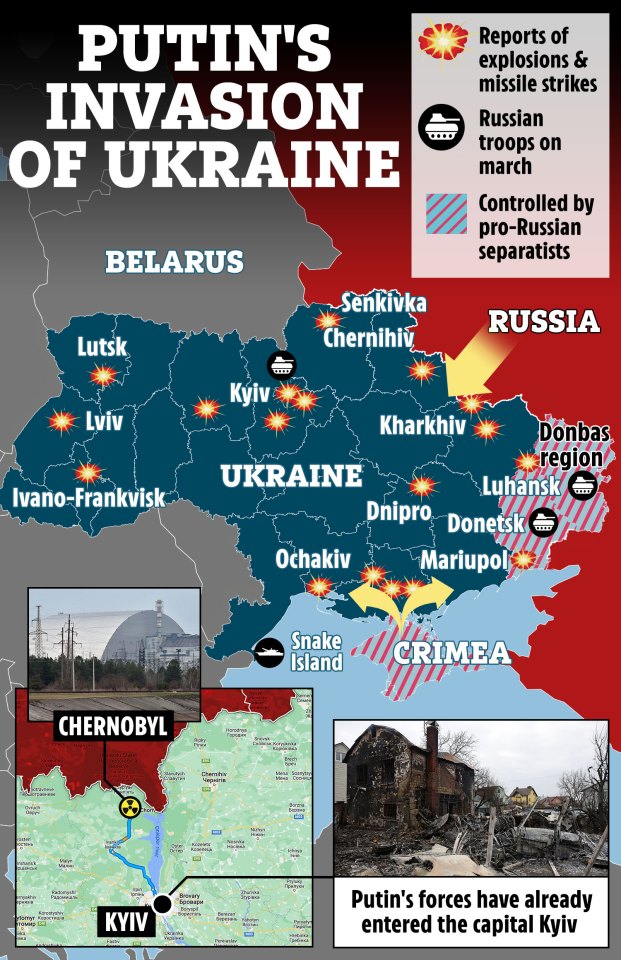 Meanwhile, thousands of demonstrators have been arrested across Russia as protests broke out in Moscow, St Petersburg and other 42 cities against the Ukrainian invasion.

Around 1,400 people have been detained by Russian police at anti-war protests, including 700 in Moscow and more than 340 in Saint Petersburg, according to opposition groups in the country.

World leaders have all condemned Russia’s actions yesterday which saw Europe plunged into its biggest crisis since World War 2.

President Zelenskyy vowed to stay in his country until the end and said: “They’re killing people and turning peaceful cities into military targets,” he said.

“It’s foul and will never be forgiven.”

He also accused the West of abandoning his country and leaving them to fight Vladimir Putin “alone”.