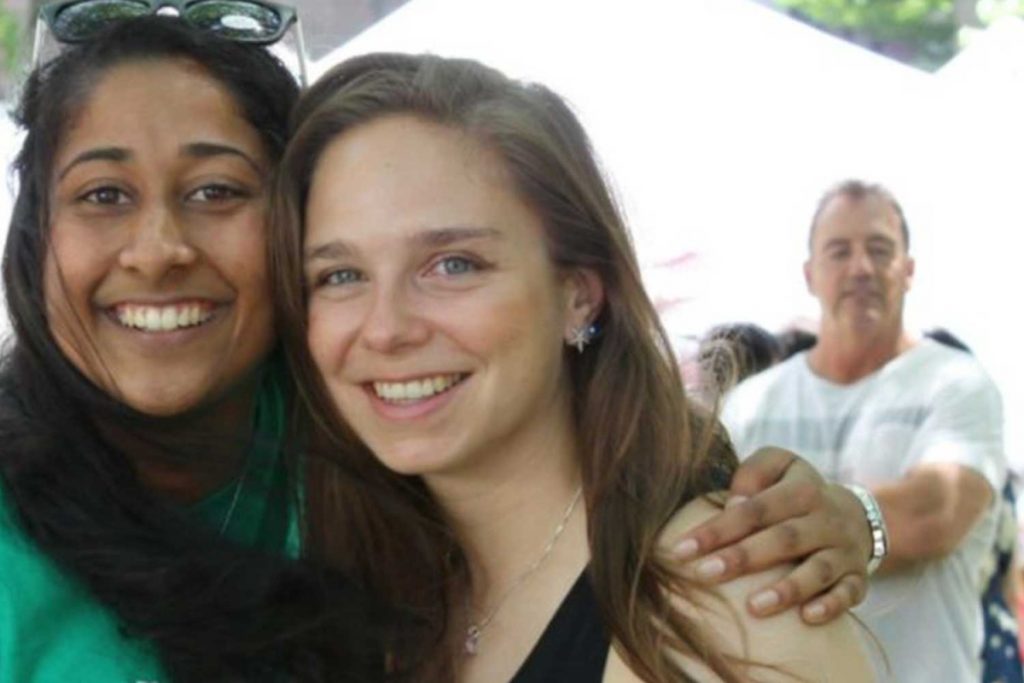 A MIND-BOGGLING photo has been stumping reddit users who are having to blink twice to believe it.

The poster by the name sopadebombillas shared the clever image in the reddit threat r/opticalillusions with the caption “look at it twice.”

At first glance, the image seems to be a photo of two women together with one warmly placing an arm around the other’s shoulder.

However, upon closer inspection the well-timed photo appears to look like a man in the background has a ridiculously long arm with his hand resting on the woman’s shoulder.

He is crossing his arms metres away but the camera captured the exact moment his arm and the woman’s hand lined up in perfect symmetry.

Many users took to the social media platform to comment on how many times they had looked at the picture.

One redditor declared: “I looked at it 3 times!”

Others poked fun at how the optical illusion had turned out for the man in the background who inadvertently became the star of this photo.

One joked: “Mr.Fantastic getting handsy,” in reference to the Marvel superhero with stretching arms.

“He’s definitely a cop. That’s the long arm of the law,” another hilariously quipped.

Recently an optical illusion on TikTok left viewers divided over what they saw first with the poster claiming it shows your personality secrets.

Another reddit post also stirred debate after users were stunned to find a hidden image revealed when looking from a different angle.

If you enjoy optical illusions, this puzzle below was trending on Twitter last week after viewers saw different numbers amongst the perplexing lines.

What numbers do you see?

This optical illusion was trending on Twitter and divided viewers[/caption]