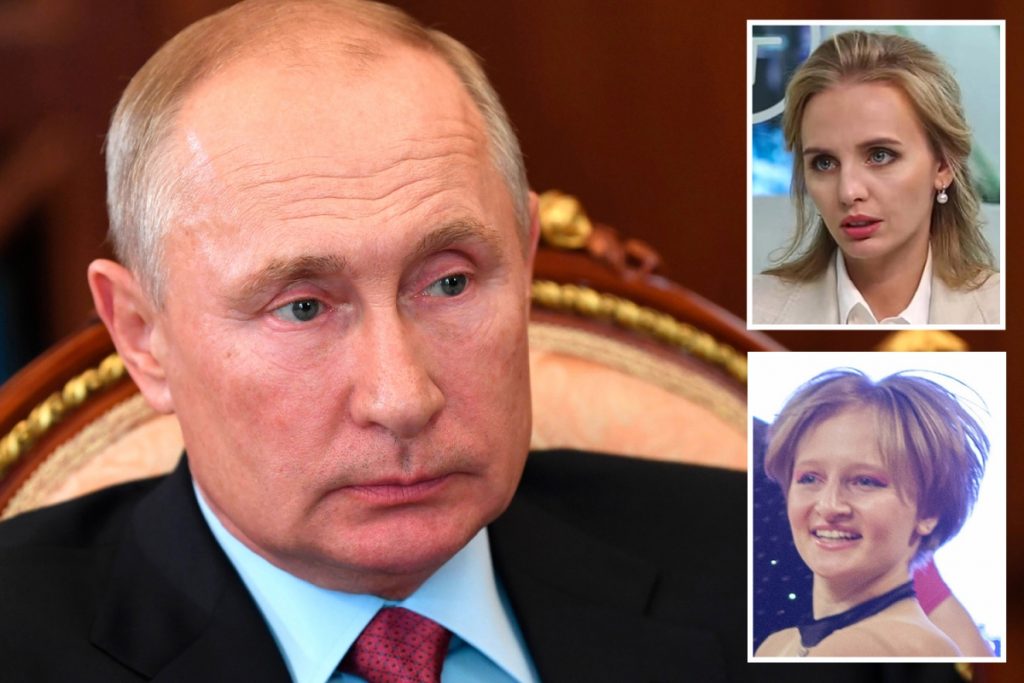 How many children does Vladimir Putin have?

RUSSIAN President Vladimir Putin has two daughters but is rumoured to have a secret third.

His eldest daughter Mariya Vorontsova is 35, and his other daughter, Yekaterina Tikhonova is 33.

Who is Vladimir Putin?

Vladimir Putin is the president of Russia.

He was married to Lyudmila Aleksandrovna Ocheretnaya from 1983–2014.

How many children does he have?

Over his long political career, Putin always kept his children, now in their 30s, out of the limelight, never permitting them to be seen and rarely even speaking about them.

Mariya – now known as Maria Vorontsova – was born on April 28, 1985, to Putin and his wife Lyudmila.

She is an endocrinologist and has a career in medical research. She is an expert on dwarfism, according to reports.

She is believed to be married to a Dutch businessman, Jorrit Faassen, with whom she has a family, making Putin a grandfather.

In June 2020, unseen pictures of Putin’s daughters as teenagers have emerged from the private collection of an estranged friend.

They were released as part of a $15milllion legal case brought against the Russian state by former Putin confident Sergei Pugachev, 57.

Yekaterina, 33, known by the family name of her maternal grandmother, Tikhonova, has gone from being a high-kicking “rock’n’roll” dancer to spearheading a major new Russian artificial intelligence initiative.

She was formerly married to Russia’s youngest billionaire, Kirill Shamalov, 38, though is now divorced.

Does Vladimir Putin have more children?

Putin is alleged to have a third “secret daughter”.

His suspected third daughter from an alleged extra-marital relationship, Luiza Rozova, 18, a fashion designer and DJ, was making a splash on Instagram and has a striking resemblance to Putin.

Since being ‘outed’ by the opposition media last year, student Luiza has become a social media star with almost 100,000 followers with her own fashion line.

She is also in demand as a DJ.

Recently she overcame Covid-19 curbs to go on a trip to Paris, and also shared pictures with bags from  Agent Provocateur and Hermes.

She did not refer to the forum in St Petersburg, her home city.

Luiza has admitted to Russian GQ that she “probably” looks “similar” to a young Putin, but did not confirm the relationship.

When the story originally broke, Putin’s spokesperson said that the love child allegations were “not very convincing” and  “de facto unfounded”.