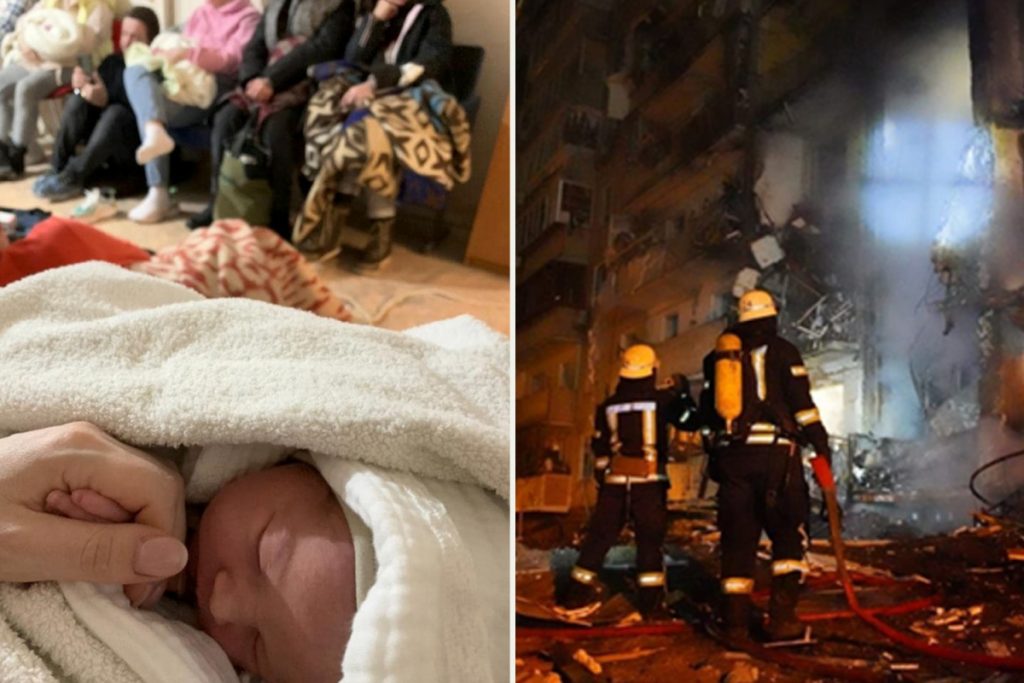 A YOUNG mother gave birth to her baby daughter during Vladimir Putin’s Kyiv blitz in an underground metro station as Russians bombard Ukraine.

The 23-year-old woman gave birth to her baby girl Mia with the help of Ukrainian police.

Hannah Hopko, a Chairwoman of Democracy in Action Conference, shared the exciting news and photographs on Facebook.

Alongside a heartwarming photo of the newborn baby in the hospital, Hopko explained: “Mia was born this night in stressful environment- bombing of Kyiv.

“Her mom is happy after this challenging birth giving and immediately departing to shelter.

“When Putin kills Ukrainians we appeal to mothers in Russia and Belarus to protest against Russia war in Ukraine. We defend lives and humanity!”

A follow-up post showed photos taken at the time of another baby’s birth.

Hopko, who confirmed to be sharing the photos with permission of the happy mother, explained how the boy’s birth took place on the third day of danger warnings war-plagued country.


I was told to repay £20k Universal Credit after DWP error

She wrote: “In the morning, an artobstril of the residential block next to the hospital.

“Now, somewhere very close to canonada… In the reception – wounded…

“Meanwhile, in the basement of the maternity ward, in conditions, far from those who deserve a new life – the voice of the newborn…It’s a boy!”

The newborns have come into this life as Putin unleashed a deadly special forces kill squad known as the “hunters” while he launches another desperate bid to take over Ukraine.

Each soldier has reportedly been given a “deck of cards” with photos of senior Ukrainian officials and security officers on them that Moscow wants dead. The Kremlin claims everyone on the deck has committed “crimes.”

A video shared on Twitter purports to show a blazing vehicle on Kyiv’s Peremohy (Victory) Avenue, the second-longest road in the city following a reported shelling, although it is unclear whether the vehicle is Ukrainian or Russian, military or civilian.

Russian troops also attacked an army base in the city but were successfully repelled, Ukraine’s military claimed in a Facebook post early on Saturday.

Loud artillery blasts were heard coming from close to the city center, while a reporter for the Kyiv Independent claimed “extremely hard combat” was underway near Kyiv Zoo.

The Washington Post’s correspondent in the city reported “dozens and dozens” of explosions in the city.

Google Maps is showing a number of major roads in and out of the city have been closed, including around Maidan Square, and major thoroughfares leading to and from the city’s airports.