THIS is the jaw-dropping 100-storey “hypertower” set to dazzle the Dubai skyline while becoming the world’s tallest residential building.

The Burj Binghatti Jacob & Co Residences has been planned as a modern architectural feat which takes its inspiration from one of the world’s most renowned timepiece makers.

The final height for the Business Bay skyscraper has not been released, but the glistening crown on the top of structure will easily be seen above Dubai’s tallest residential building, the Princess Tower, standing at 1289ft.

However, it will still be dwarfed by the world tallest building, The Burj Khalifa (2716ft), which houses a mix of commercial enterprises and is why it is not counted as a residential building.

Jacob & Co Chairman and creative director Jacob Arabo claimed the colossal structure “will be an unheard-of achievement in the world of real estate and luxury”. 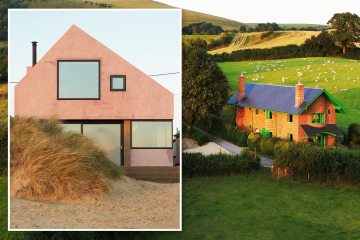 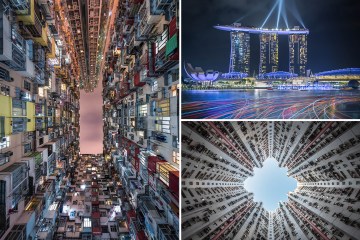 Asia’s amazing architecture captured in snaps of castle and skyscrapers

Speaking on behalf of both companies, Binghatti CEO and head of architecture Muhammad Binghatti said it was a pursuit of elegance.

“Both our brands are born from the sheer desire to achieve what breaks boundaries,” Mr Binghatti said.

“What Binghatti has done in real estate, by creating a brand through a distinct design philosophy and architectural identity is very similar to what Jacob & Co has done in the world of jewellery and horology.”

The entry-level residences will consist of two collections.

Mr Arabo said the completion of the project would be awe-inspiring.

“It is a commitment to break boundaries and push past limits,” Mr Arabo said.

“Our driving force is ingenuity and originality… It leads us to design jewels, watches, and now a hypertower, unlike anything the world has seen before.”

Parties have begun to register their interest and will undergo a prequalification process to evaluate eligibility to live in the ultra-exclusive dwelling.

While there is no project completion date set, high-rise living continues to dominate the Dubai real estate market with the Wasl Tower being latest development, which is expected to be finished in 2024.

The tower is planned to be 100-stories high[/caption]