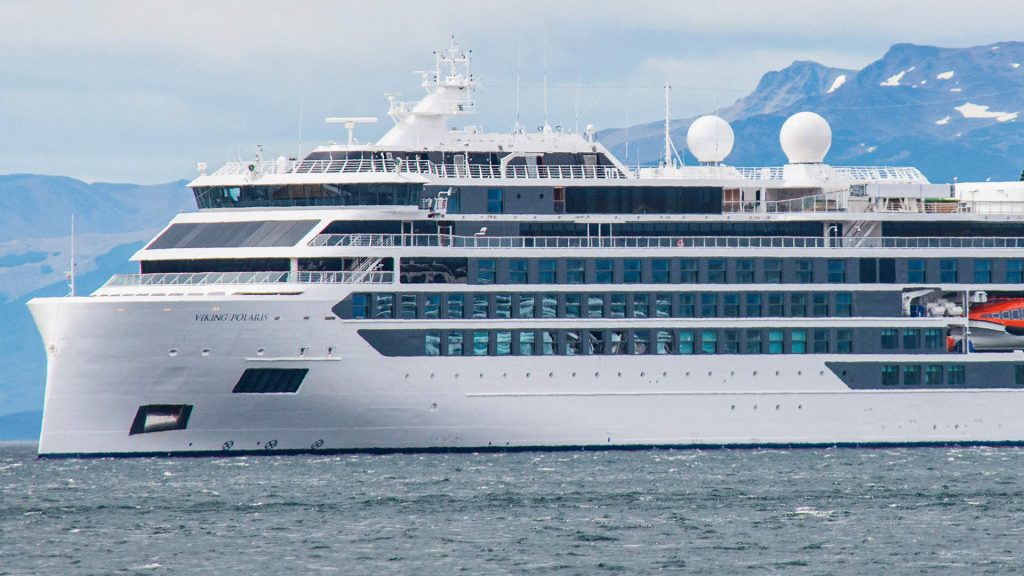 ONE people has been killed and another four are hurt after a monster wave struck an Antarctic cruise ship while it was sailing toward a port in Argentina.

A 62-year-old woman, from the US, was hit by broken glass when the wave broke cabin windows late Tuesday during a storm, Argentine authorities said.

The ship suffered limited damage and arrived at the southern port of Ushuaia, 1,926 miles (3100 kilometers) south of Buenos Aires, the next day.

“It is with great sadness that we confirmed a guest passed away following the incident,” Viking said in statement.

“We have notified the guests family and shared our deepest sympathies.”

Neither the statement nor the Argentine Naval Prefecture identified the woman or her hometown.

Viking called it a rogue wave incident and said the four other passengers’ injuries were non-life threatening.

The cruise ship was anchored near Ushuaia, where a federal court has opened a case to determine what happened.

The company indicated on its website that to explore remote regions of the world they have two purpose-built, state-of-the-art small expedition-class ships: Viking Octantis and Viking Polaris.

The Viking Polaris, a vessel that has luxury facilities and was built in 2022, has capacity for 378 passengers and 256 crew members.