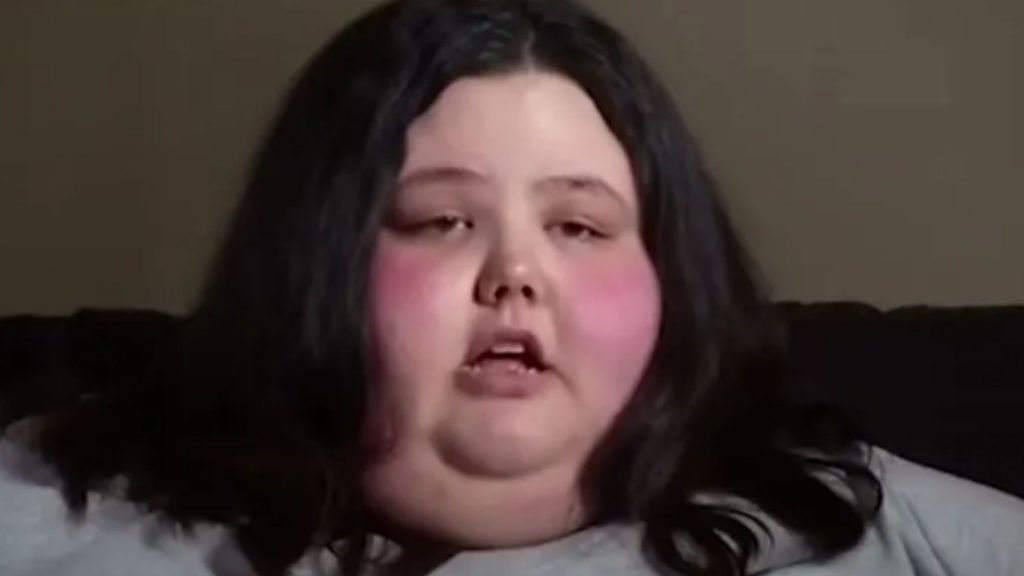 THE world’s fattest woman at 700lbs is now unrecognisable after shedding two-thirds of her bodyweight.

The young woman was house-bound for two whole years[/caption]

Phillips, from Mississippi, USA, weighed well over 600lbs when she first appeared on the TV series “My 600-lb Life” in 2012.

She recalled walking room to room in her home and being left out of breath.

“I’m trapped inside this body that I don’t want to be in,” she told producers, adding she hadn’t been out of the house for two whole years.

She blamed her weight problems on her mum and husband, who she said let her overeat and often bought her fast food meals.

She ended up seeking the help of weight lost surgeon Dr. Younan Nowzaradan, who told her she needed to lose weight before undergoing a gastric bypass.

With a better diet, exercise and surgery, Phillips went on to lose an impressive 500lbs.

Despite the cheery look, Phillips has struggled with a range of different mental health issues since shedding the pounds.

According to The List, she has wrestled with crippling anxiety about gaining her weight back and feared she’d be housebound again but has gone on to seek therapy.


Boy, 4, is 4th child to die from Strep A as parents ‘broken’ by death of girl


Woman gets tattooed eyeliner in PURPLE – and everyone's saying the same

one hel of a look

RUMBLE IN THE JUNGLE

“Lately any time I see the scale go up, I tend to freak out and I stop eating for a couple days,” she said.

“And I don’t know how to change how I feel.”

She also said her husband Zach wasn’t entirely supportive of her transformation and their pair ended up separating.

“It became clear that me becoming independent [from Zach] was not going to work for him,” she said.

The weight loss champion’s life has been on the up since and she says she’s never been happier.

“Before I couldn’t walk eight feet without feeling like I was gonna die. Now, I could do just about anything I put my mind to.”

She’s since welcomed in a new addition to the Phillips family: a son named Ethan, and she has another on the way.

Sharing regularly updated on Facebook, she said: “My 2nd baby boy will be here in September.”