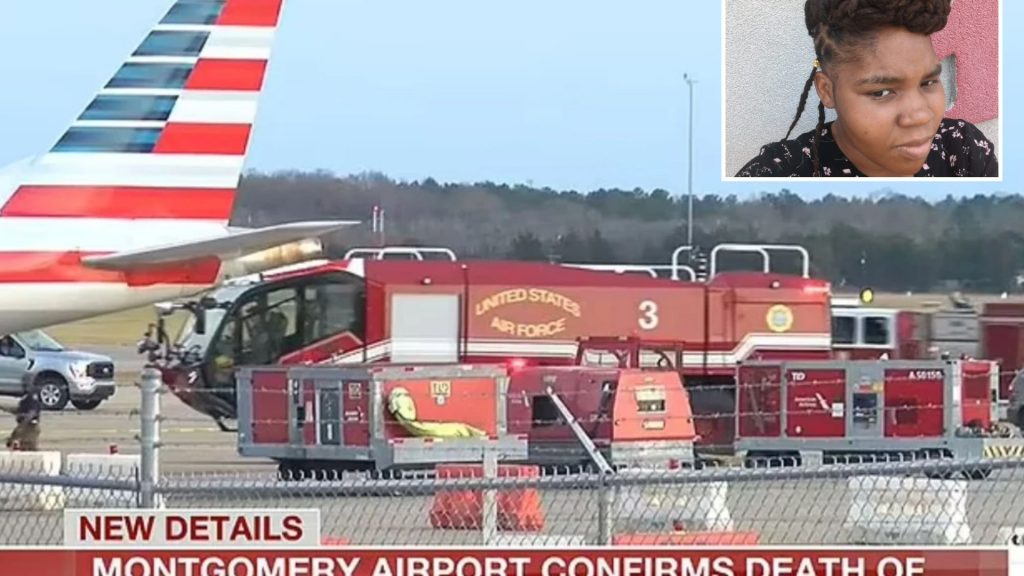 A REPORT has found an airline worker who was sucked into a jet engine so violently it “shook the entire plane” was warned numerous times before the fatal accident.

Courtney Edwards, 34, was tragically killed as a result of the incident that unfolded at Montgomery Regional Airport, Alabama, on New Year’s Eve.

Courtney Edwards, pictured, died after being sucked into a jet engine[/caption]

She was working for Piedmont Airlines at Montgomery Regional Airport, US[/caption]

The mum-of-three was working as a ground agent for Piedmont Airlines when she was swallowed by an engine from a American Eagle airliner.

However, a report conducted by the National Safety Board revealed the woman failed to follow safety procedures that could have prevented the horrific incident.

Gruesome details from the report also said the aircraft “shook violently” when Edwards was sucked inside.

It noted the Embraer E175 jet had just grounded from Dallas when the pilots left the engines on for a two-minute cooling period until the plane could be connected to ground power.

The pilots notified airport workers, who were briefed in two separate safety meetings not to approach.

The plane also appeared to have rotating illuminating beacons to signal that the engine was still on.

The report read: “Immediately thereafter, he [the co-pilot] saw a warning light illuminate and the airplane shook violently followed by the immediate automatic shutdown of the number one engine.

“Unsure of what had occurred, he extinguished the emergency lights and shut off both batteries before leaving the flight deck to investigate.”

The report also noted the American Eagle Ground Operations Manual told employees to “Never approach an aircraft to position ground equipment next to an aircraft or open cargo bin doors until the engines are shut down and the rotating beacons turned off, except when conducting an approved single engine turn”.

A video showed Edwards walking in front of the left engine before “she was subsequently pulled off her feet and into the operating engine”.

Divonta Palmer, a co-worker of Edwards, told WFSA the tragic incident incident should be a wake-up call for ground crews regarding safety.

She said: “I can’t wrap my mind around how this happened.

“She would tell me that she was always dedicated and motivated to do the best job and put the best foot forward.”

The four crew members and 59 passengers who were on board the aircraft at the time were not injured.

A GoFundMe was set up to raise funds for Edward’s family and has already raised more than £81,000.

A co-worker remembered Edwards as a dedicated worker[/caption]