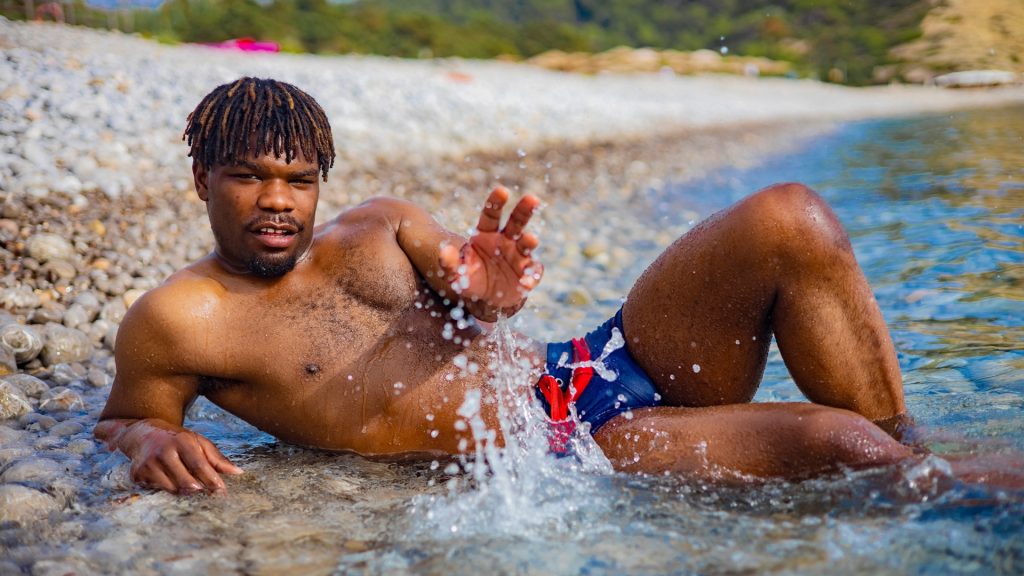 It comes as it was reported the 24-year-old may have drowned after being hunted by criminals over a £100,000 debt.

The former professional rugby player was last seen leaving an Irish pub in Barcelona on October 29 and police said his passport was found in the city’s port area.

His family have hired a private investigator in a bid to find Levi amid reports his bank card and phone had not been used since he vanished.

They were taken to go with Levi’s second music single – Los Angeles – which was due to be released in November.

“They were taken in Ibiza on the 20th, about a week before he disappeared,” said Mr Adetona, from Hammersmith, London.

“He invited me to take the photos for his next single.

“I met him when he released his first single because I took the press pictures for it. We became friends, and he asked me to come and do this shoot.

“Knowing these might be the last photos taken of him before he went missing is terrible. It’s traumatic.”

He revealed that Levi seemed “positive about the future” and was learning to speak Spanish and DJ.

It’s now been reported Levi may have run up huge debts with Somali criminals as his party lifestyle spiralled out of control.

An unnamed member of the team of private detectives told La Vanguardia newspaper: “Davis came to Barcelona fleeing from these criminals.

“He had adopted a frenzied lifestyle and was in a very delicate situation. The truth is he was sure they were chasing him.

“In fact he was convinced they had tried to poison him on one occasion.”

The Somali mafia debt claims surfaced in Spain as it emerged his family were pressing Spanish police to investigate a possible drowning in Barcelona’s port.

Levi’s passport was found nearby and fears grew he could have been lured into a trap after arranging to meet someone he had met on social media.

It comes as his heartbroken mum Julie broke down in tears on Good Morning Britain as she recalled the last hug she gave her son before he left for Spain.

Host Susanna Reid held Julie’s hand as she spoke and later left the studio to comfort her.

“And just before he left there was a message that, I don’t know, maybe powers up above, that said to me, ‘Give him a hug because you just don’t know if it’s going to be your last.’”

Julie expressed her frustration at the lack of information about Levi.

“I’ve had a lot of support from family and friends and of course the private investigators have been working very hard and the Spanish police have done their bit as well.

“But where I think it’s been difficult is not having the information come through.

“There’s the language barrier of course and having to go via the British consulate before and then the feedback with news updates is very slow, very slow.

“I know the British consulate are pressing but in terms of the updates and the CCTV coverage it’s frustrating.

“We got information back saying unfortunately it’s too late because the Spanish police had to go to court to get paperwork signed so they could access the CCTV.

“By the time they did get it all the video had been deleted. It’s very frustrating.”

GMB said man was in the water in distress in the port area close to a nearby cruise ship.

A search was carried out but no body was found and everyone was accounted for, at least on the cruise ship.

But it was some time later that the police realised Levi’s passport was found in that same area, said the programme.

The incident was also reported in Spanish media which said workers on the cruise ship had alerted the authorities someone was in the sea.

But the search was suspended soon afterwards because none of the passengers was missing.

Levi made the journey to Barcelona alone after staying in Ibiza for a week, arriving in the city at around 7pm.

The rugby player-turned-reality star performed on X Factor: Celebrity in 2019 with fellow rugby players Ben Foden and Thom Evans as part of the group Try Star.

In 2020, he starred in the E4 dating series Celebs Go Virtual Dating.

The former Bath winger had been suffering from depression and had gone on holiday following a knee injury.

His desperate family have been appealing for information[/caption]