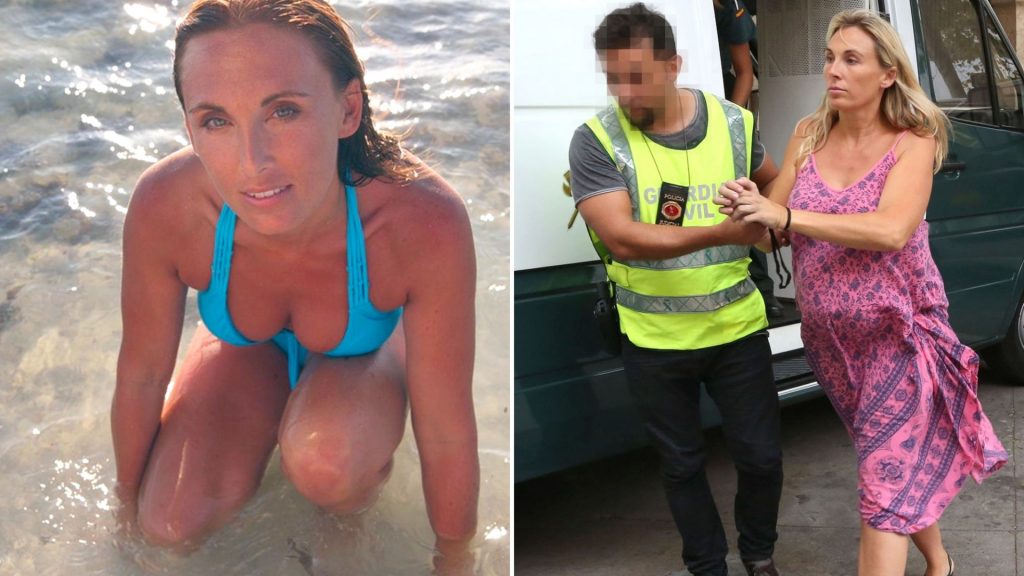 A MUM and seven other Brits have been charged over a Spanish holiday food poisoning scam.

The racket allegedly saw three hotels in Majorca swindled out of around £9.5 million after tourists were convinced to make fake claims.

Essex-born former Magaluf bar owner Laura Joyce, charged under her maiden name Cameron, and her brother Marc Cameron Grimstead are accused of being the ringleaders.

An investigating court has accused the pair of forming a “profit-motivated organised gang” with the other suspects through a Spanish company they called Elite Project Marketing SL.

The siblings now face trial along with five other Brits they allegedly hired to persuade holidaymakers to make bogus claims, as well as a UK-based businessman who processed them.

A six-page ruling issued by a court in Majorca said: “The gang specialised in obtaining the details of British tourists in all-inclusive hotels in Majorca it convinced, through a form they themselves elaborated, to falsely claim they had been ill during their stay in one of those hotels and be able to claim compensation in the UK.”

Detectives are said to have estimated the losses of the three hotel groups as a result of the alleged scam between 2016 and 2017 at around £9.5 million.

Laura, 42, was arrested in September 2017 and was pictured in handcuffs while heavily pregnant.

After she appeared in court in May 2018, her lawyer Gabriel Llado said after his client that she had admitted to passing on the names and phone numbers of holidaymakers for payment but insisted it was part of a pure market research exercise.

He said neither Laura or any of the so-called “claims farmers” she used to gather data of tourists she passed on to others in the UK, encouraged them to get chemist’s receipts so they could make fake food poisoning claims as police and hoteliers’ representatives have claimed.

And he claimed Laura had spent just a few months doing it and stopped because she was earning very little.

After Laura was arrested, it emerged her Magaluf bar Playhouse had been identified as the venue where a British tourist was filmed performing sex acts on 24 men for a cheap drink in the summer of 2014.

Laura, who was not at her bar at the time of the incident, shut Playhouse down soon after.